Mosquito eating fish are delivered to residents in the District.  For those residing outside the District, fish can be picked up at the District office by appointment.

The mosquito fish, Gambusia affinis, a live bearing North American topminnow is used extensively throughout the world as a mosquito larvae predator.  Its wide use is attributed to its adaptability and hardiness, coupled with its ability to produce large numbers of offspring in a short period of time.  A female will drop 40 to 60 fry per brood and may reproduce 3-6 times per summer.

Life expectancy of mosquito fish is 2 to 3 years although during the colder months a heavy die-off may occur.  The female of the species reaches a size of 2.5 inches in length while males are smaller, typically under 1.5 inches in length.

An adult fish is capable of eating 100-500 mosquito larvae per day.  During the warmer months they usually need no supplemental feeding but if no natural food is present, some artificial fish food will be necessary for fish survival.  One could even feed them crushed dry dog or cat food.

Algae in limited amounts will not harm the fish but may become unsightly.  Most pet stores have or can secure for you a preparation with directions for use in fish pools to control algae.

Note:  Mosquito fish should not be introduced to rivers, creeks or streams.  It is against California Department of Fish & Game regulations for private citizens to plant mosquito fish in waters of the State without a permit. 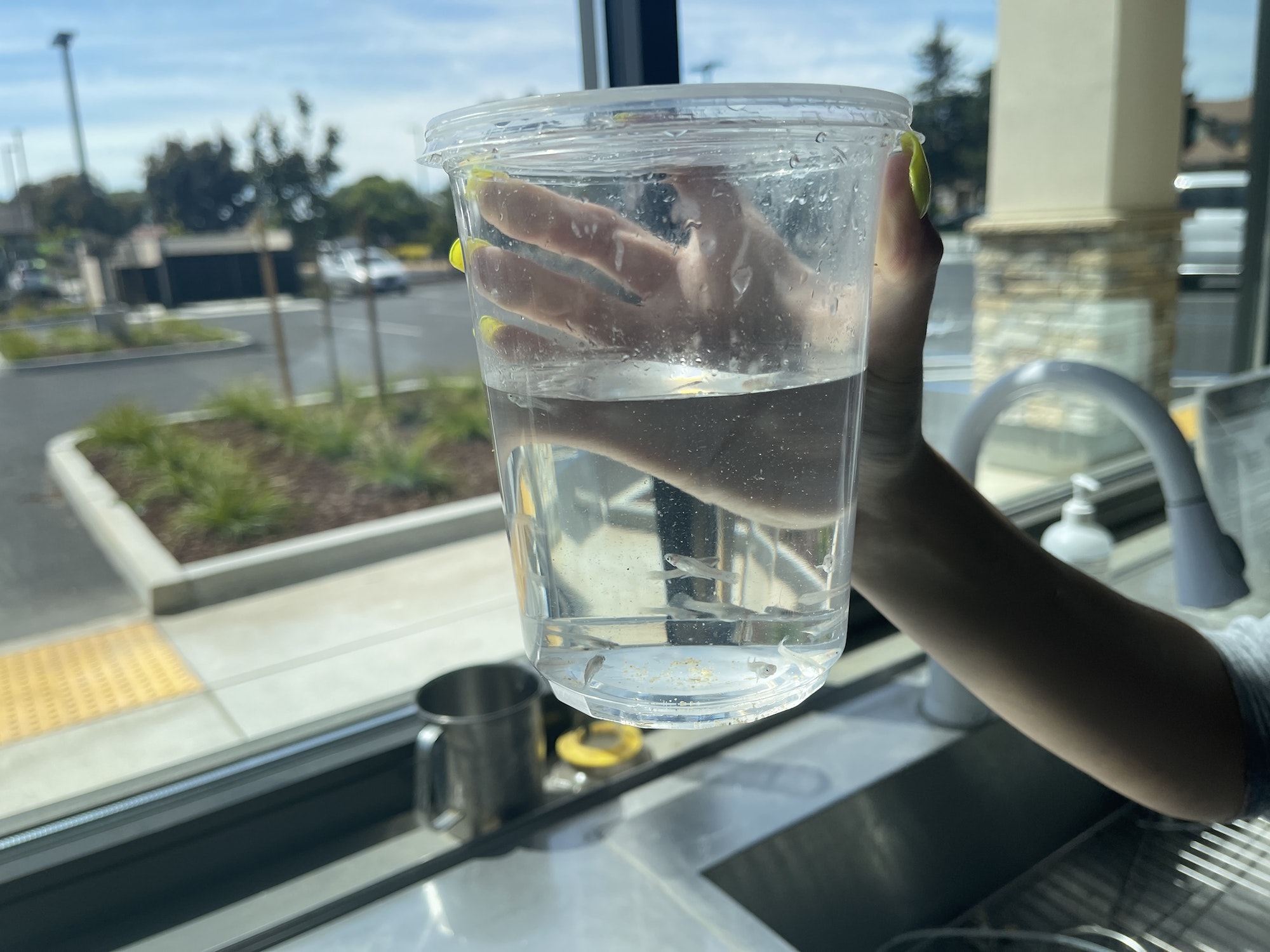 mosquito fish ready for customer pick-up, employees recycle their old food containers if you forgot to bring a bucket. 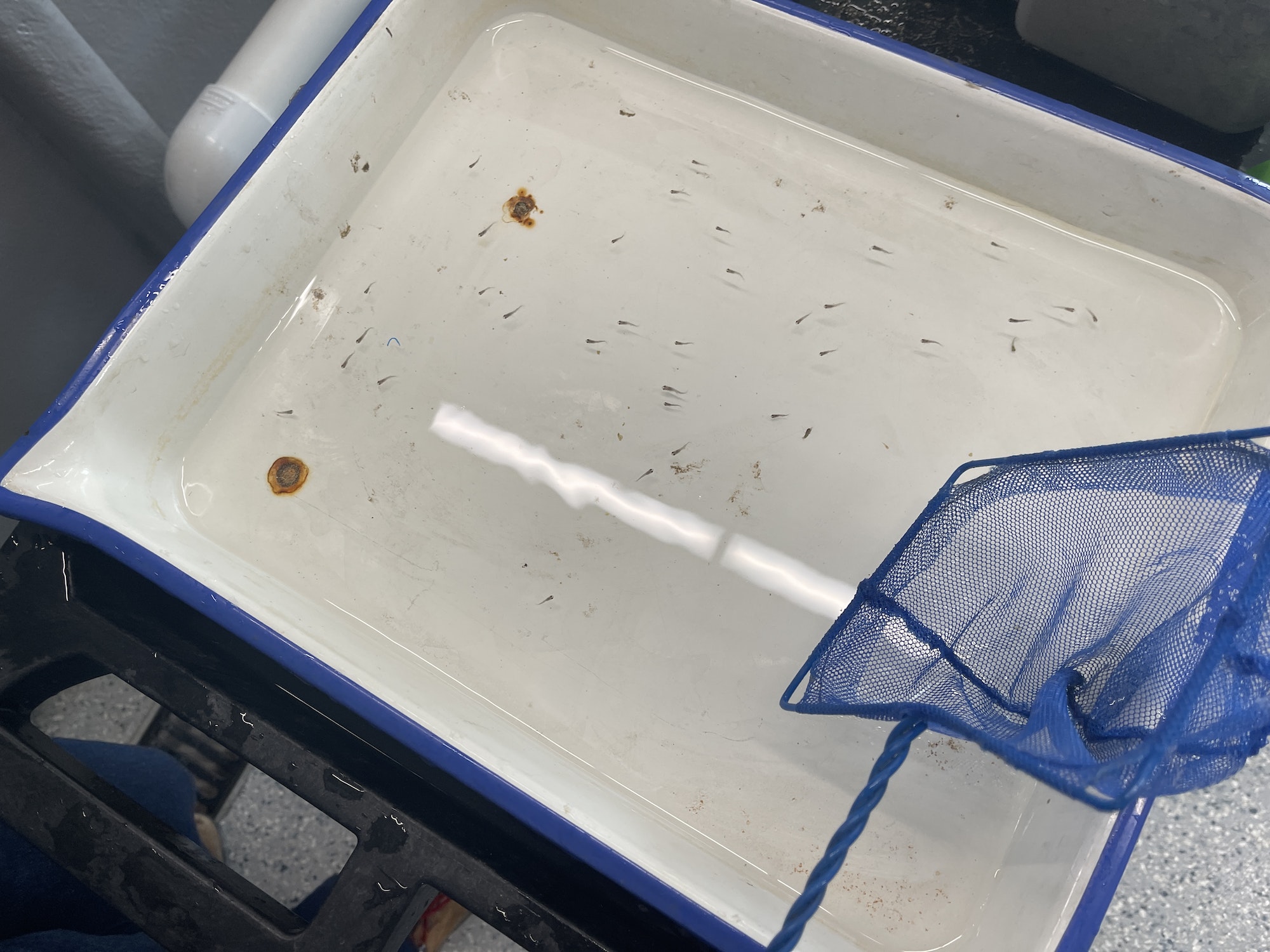 This is what size the fish are when they are born, they make an easy snack for the parents. So we must be sure to get them out of the tank with the adults. 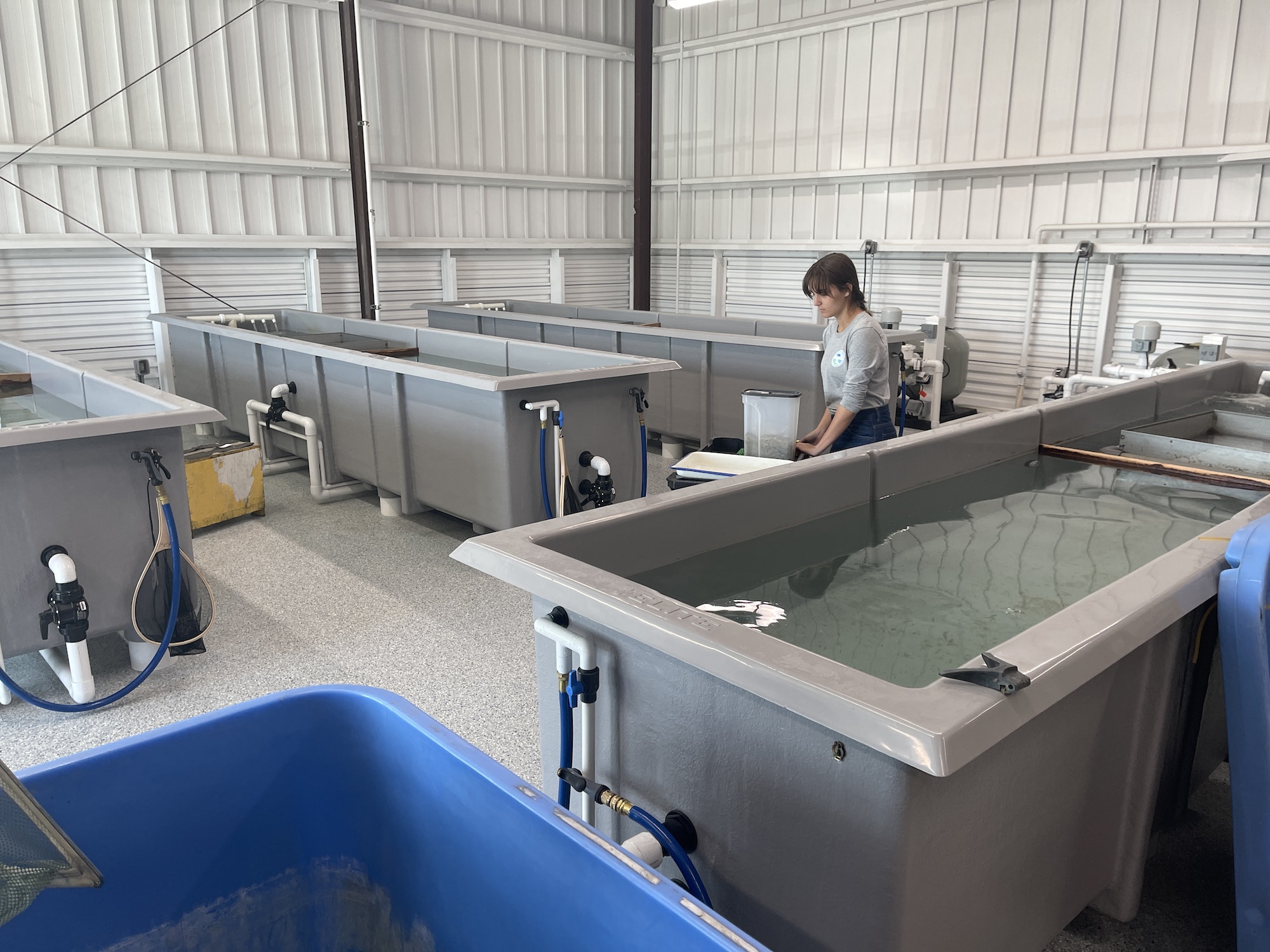 Our new fish rearing facility has worked out great, producing lots of offspring. 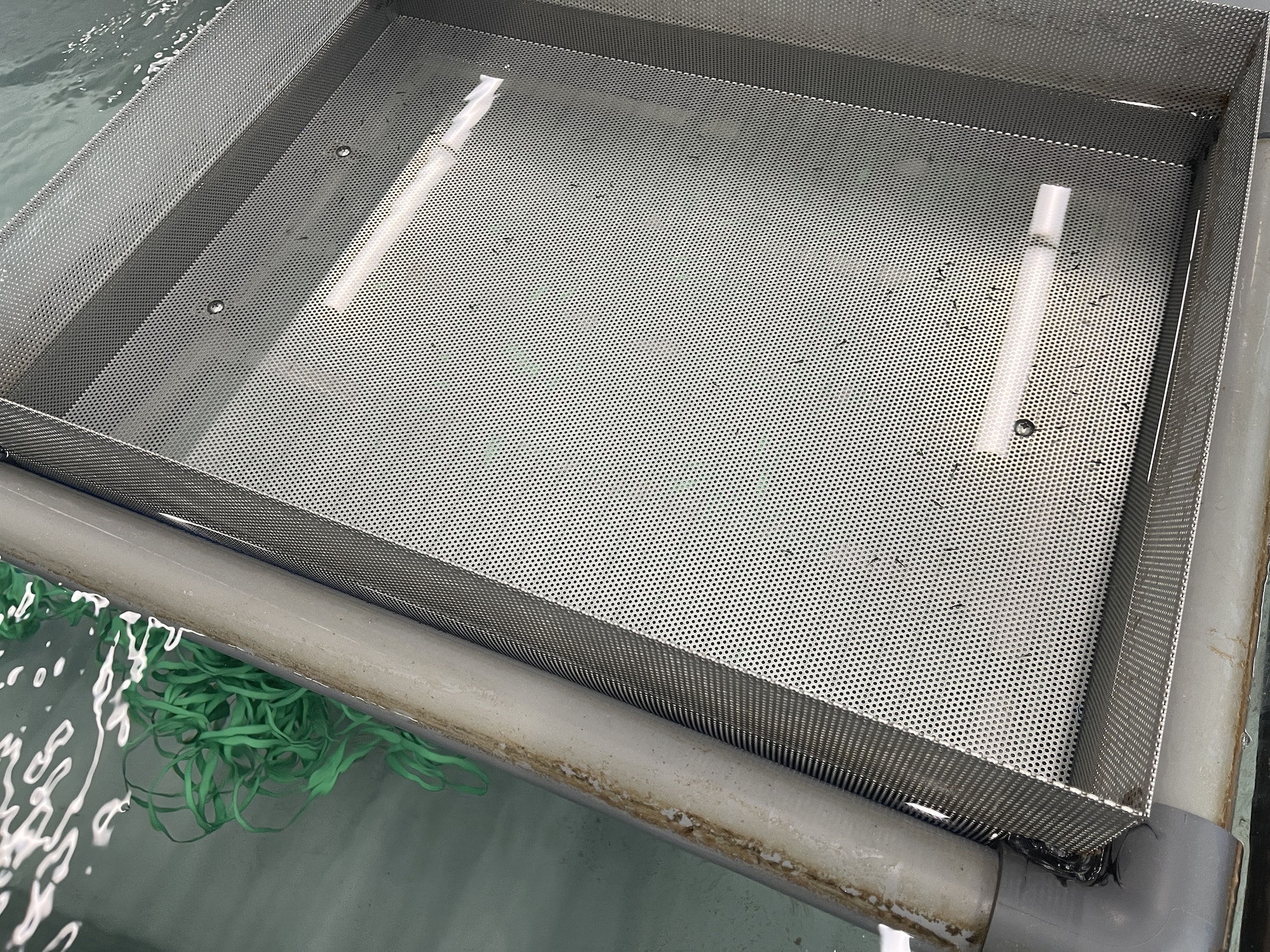 The babies are able to escape the adults by swimming through the screen toward the light. 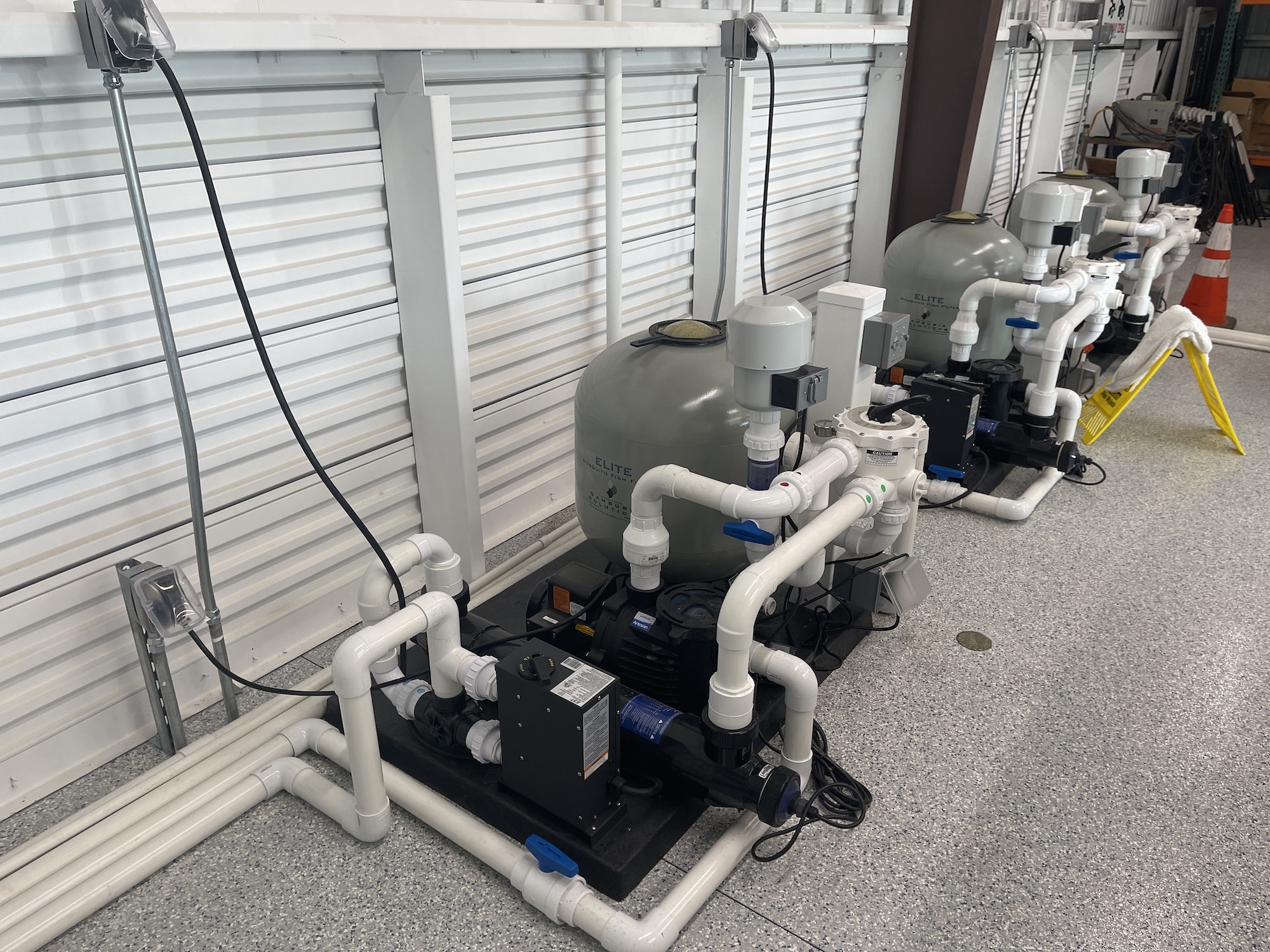